In the city of Marseille (France), in its urban nucleus, what is the largest underground water treatment plant in the world goes unnotice.

Beneath the outskirts of the Velodrome stadium, the historic home of the Olympique de Marseille, is this incredible infrastructure that, as is often the case with many water infrastructures, is as essential as it is invisible to the average citizen. And we are possibly one of the greatest examples of this.

If we were walking through the area, the only thing that would give us a clue of the presence of the plant would be its entrance in the form of a geode, although we would quite possibly mistake it for an urban sculpture.

Since 2007, this glass and steel geode, 13 meters in diameter and 723 facets of ground glass , marks the entrance to Geolide, the world’s largest underground wastewater treatment plant.

But if we could see through the terrain, we would find this colossal infrastructure.

More than 85 million cubic meters of effluent are treat here each year , or almost 225,000 cubic meters per day. These effluents come from Marseille and from 16 neighboring municipalities connect to its network with a total purification capacity of 1,626,000 equivalent inhabitants.

In addition to allowing the use of the land locate above, this form of construction totally reduces the visual impact, and something very important in urban treatment plants, allows the emission of bad odors to be controll very well, a particularly serious problem in Marseille.

The first thing that was built was a physical-chemical treatment plant at the initiative of the city of Marseille. It was put into service in 1987 next to the Velodrome stadium.

In 2008, the Marseille Provence metropolis decide to add a biological stage to complete the treatment and comply with European standards.

In these years there were three major works, two sports and one hydraulic. In 2014 work began on the Vélodrome Stadium for its modernization on the occasion of the 2016 European Football Championship. Among the improvements was add the characteristic white roof that it now presents.

Taking advantage of these works, on the physical-chemical stage of GEOLIDE the multipurpose stadium Pierre-Delor t was reconfigure in which athletics, rugby and American football are practice.

In 2017, the Ganay retention tank was inaugurate very close , another better one for the Marseille treatment system.

In 2017, the so-call Ganay retention basin (Bassin Ganay) was inaugurated, which in Spanish we can translate as a storm tank or retention tank. It is located under the Ganay football field.

The Ganay reservoir is a huge buried structure 56 meters in diameter and 30 meters deep locate right next to the Vélodrome stadium and the Marseille water treatment plant.

Its function is to capture the surplus of rainwater that falls in this region during violent storms or Mediterranean episodes. During these events, a large amount of water overflows the capacities of the wastewater treatment plant. To avoid flooding, this excess water had until then been discharge into the sea without treatment, . Through the Cortiou outlet, in the heart of the Calanques National Park. For Marseille, this represents about 2 million cubic meters discard per year , in about 40 stormy days.

With the Ganay reservoir, which can receive about 50,000 cubic meters of rain in an hour, . The city wants to halve the amount of water divert to the sea without being purify. The water collect in the Ganay reservoir is store and then reinject into the normal circuit of the treatment plant when the situation permits, that is, once the storms have subside. It takes about 24 hours to empty the tank and regain its storage capacity.

Four additional smaller capacity reservoirs are plan, . Which will eventually make it possible to recover almost all of the stormy rains and thus contribute to improving the quality of bathing water along the Marseille coast. 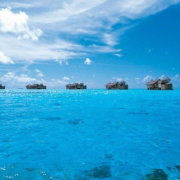 Adsterra Review: A Legit Company or a Scam?

Bath Bomb Boxes an ideal way to engage your customer

9 Strategies! To Grow Your Business Online?

HR Resources: When to Outsource & When to Go In-House