Did you know that Agatha Christie is the best-selling novelist of all time, with only the Bible and Shakespeare selling more? In comparison, Mary Westmacott doesn’t even compare a little-known romance author unless… she’s the same person.

For a variety of reasons, many authors choose to write under pen names. It may have taken you some time and thought to decide not to publish a specific book under your name. Coming up with pen name ideas, one of which will grace the cover of your book, on the other hand, could cause many sleepless nights.

The book editors have compiled a list of tips to assist you in determining how to choose a pen name for your Kindle book. If your creativity runs dry, we’ve found some very effective pen name generators. But, before we get into the specifics, let’s talk about why you might want to write under a pen name in the first place.

Why Author Use Pen Names

There are particularly three common reasons why an author uses a pen name. As it is, If your name is difficult to spell, annoyingly common, or could be misconstrued as double entendre.

There are a few other deeper, more realistic reasons you might think about when naming your next book’s author.

In the past, a female author was not considered qualified to write a book worth reading. SO what they did was they write books under male names. Before you start believing that sexism is a thing of the past, keep in mind that it still exists in some genres and is a fairly popular occurrence. You might look at it as good marketing rather than solely as sexism against women.

For example, there is some genre that has a male-dominant readership, as the science fiction genre. Due to which most of the publishers suggest female writers use a male pen name. If you are well aware of your audience, there is nothing wrong with selecting a pen name to help your reader relate with you in a better way.

The male-dominated genres are science fiction, thriller, horror, action, and adventure. And in nonfiction are engineering, technology, economics, science, sports, and war. The female-dominated genre is in fiction as Christian, erotica, family, and chick-lit. In nonfiction memoirs and personal narratives, and relationships.

This is a fun tool to use because it generates a slew of imaginative pen name suggestions based on a set of questions you must answer, such as the name of the first street you ever lived on. It’ll come up with names for various genres and even predict the title of your next best-seller in that field.

This site not only creates a pen name for you based on your gender, age, ethnicity, and country, but it also creates a complete persona for you to imagine your new identity.

Reedsy knows books, so it stands to reason that they’d be able to come up with a decent pen name. This is a very basic generator that allows you to enter the first letter of the name you want to create and choose a gender and origin language. Despite its simplicity, after producing tens of thousands of names, they all sounded authoritative, and we were impressed with the method overall.

Depending on the category you pick, this site will create ten random pen names for you to choose from. It’s the simplest of all the generators on our list, but sometimes simple is just what you need.

This is a quiz-style generator that asks you a series of questions before generating a pen name for you. In all honesty, the quiz itself created so much intrigue that it’s difficult to tell whether the pen name produced lived up to the hype. You’ll have to give it a shot.

Choosing a pen name, whether you create one yourself or use a generator, can be a lot of fun, but bear in mind that you’ll have to keep it for as long as you want your book to be read – which maybe forever. It’s worth planning and making sure you’re comfortable with the name you chose.

A new pen name will be like your new identity, due to which it will be a part of you forever, and you should be proud of it. 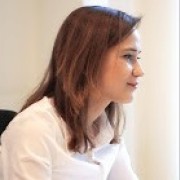 Ellie Singh is an expert in creating websites and logos. She has worked with Tech Holding Inc. and handles numerous projects that give a reliable and profitable return.

How to make your car baby-friendly and have a smooth journey?

How to Backup Outlook 365 Emails? - The All In One Guide

Being A Practised Company Why Should You Choose Hex Tiles?

Custom Cone Sleeve – Where to Find the Best Ones Today

Why is it Important to Hire Rummy Game Development Companies?

How Gas Boiler Replacements Edinburgh Can Help You Survive